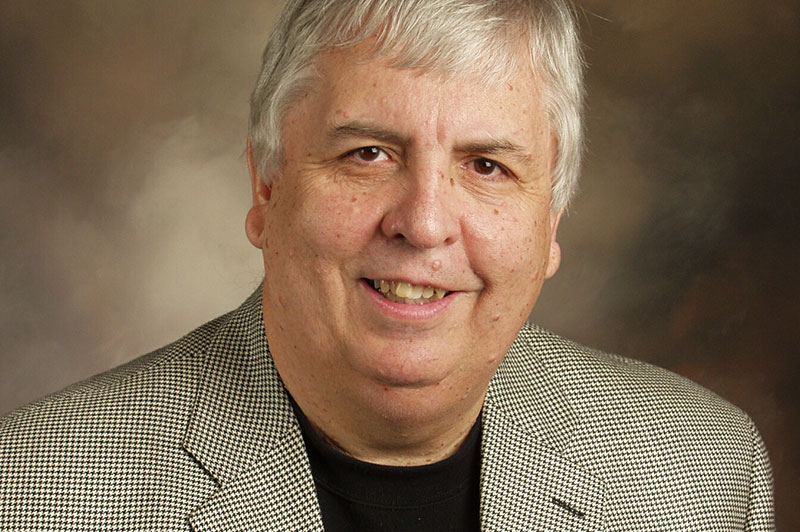 As a student at Taylor, Jenkinson was a four-year letter winner for the Taylor men’s basketball team, coached by Don Odle. During his Hall of Fame college career, he won all-conference honors twice and was named the Gates-Howard Award winner once. Jenkinson also participated in two Venture for Victory sports evangelism trips to Asia.

The 1996 Distinguished Professor at Taylor, Jenkinson was also a member of three athletic Halls of Fame – Taylor University, Delaware County, and the National Association of Intercollegiate Athletics (NAIA).

At Taylor, Jenkinson’s course load included numerous geography and history courses. Beyond the classroom, he served on presidential and dean’s search committees, committees that developed general education programs, and the committee that established Taylor’s January interterm.

He was also a founding member of the Geographical Educators Network of Indiana (GENI), serving as that organization’s president for 15 years. In association with the Indiana Department of Education, he co-developed the course Geography and History of the World – a class that is in the Core 40 for the State of Indiana.

Additionally, Jenkinson served the NAIA in a number of roles from the national eligibility and constitution and bylaws committees to the executive committee, which led to the presidency of the NAIA. He also served as a member of the House of Delegates for the United States Olympic Committee.

He is survived by his wife, Jan (Judd ’62); son, Eric ‘92 (Heather Jenkinson ‘92); and three grandchildren. Details for a memorial service will follow.

Dr. Tom Jones, who served as a colleague of Jenkinson’s for many years, offered these reflections:

"Roger was a “go to” leader on the faculty serving on several faculty committees, representing the University as our NAIA representative, participating in reviews of the general education curriculum, and serving as the faculty chair for President’s Council for Assessment and Planning (PCAP), the university’s first major comprehensive planning and assessment committee. Beyond the village borders, Roger became one of the most influential leaders of geography teachers in the nation. He was honored by National Geographic and the Geography and History of the World course that is part of the Indiana CORE 40 (college preparation) curriculum was envisioned and developed largely by Roger, who served as a consultant on the project for the Indiana Department of Education. Roger and Jan loved music and theatre at Taylor and devoted many hours to attending and supporting the performing arts here on campus as well as at the Wagon Wheel Musical Theatre in Warsaw and the Honeywell Center in Wabash."