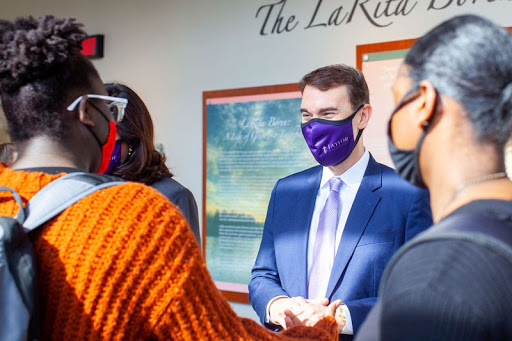 The Taylor community welcomed Dr. D. Michael Lindsay to campus on March 16-18 following the Board of Trustees’ announcement of his appointment as president-elect. Lindsay was joined by his wife of 25 years, Rebecca, and two of their three children, Emily and Caroline. 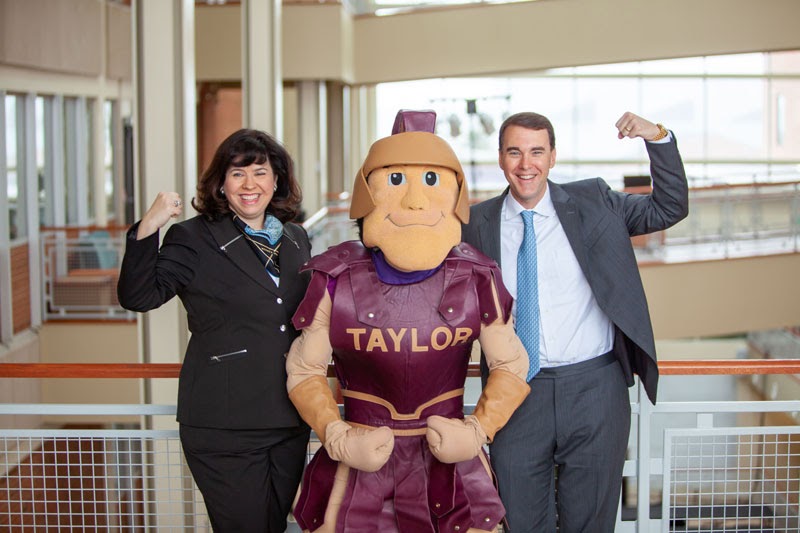 Lindsay currently serves as president of Gordon College in Wenham, Massachusetts, a Christian liberal arts college of similar size to Taylor and a fellow founding member of the Christian College Consortium. He will step down from that role at the end of June and will begin his presidency at Taylor on August 16, 2021, following Interim President Dr. Paige Comstock Cunningham ‘77 who has served her alma mater since August 2019. 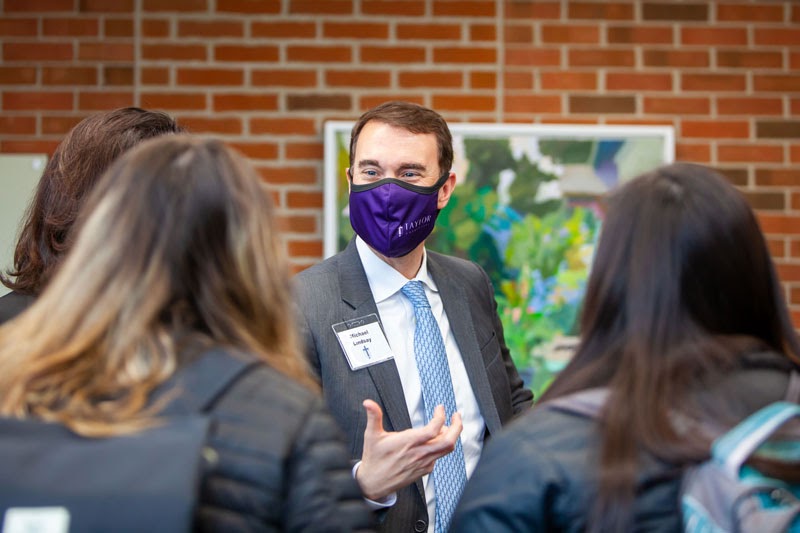 Raised in Jackson, Mississippi, Lindsay became a believer at the age of 12 when he and his mother began attending a large Southern Baptist church. His youth pastor and her husband had a significant impact on his spiritual growth, and he began his undergraduate degree at Baylor with the plan to later go into ministry. Eventually, though, he began to sense that God was leading him to work in leadership and higher education.

“The Holy Spirit is a voice you can trust,” Lindsay said in his address to the Taylor student body on March 17. He quoted Isaiah 30:21: “Whether you turn to the right or to the left, your ears will hear a voice behind you, saying, ‘This is the way; walk in it.’” 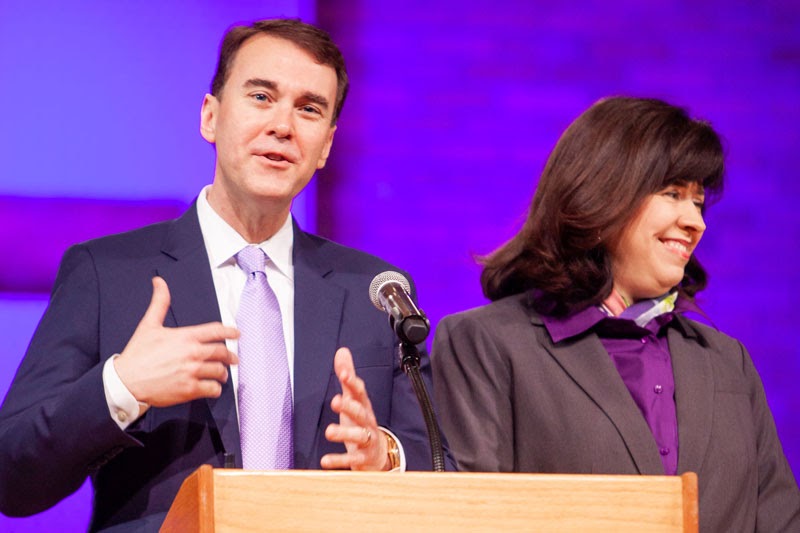 This isn’t just an abstract piece of advice for the Lindsays; the couple shared their story of how Lindsay came to step down from his role at Gordon, sensing God guiding them to a new chapter in their lives. “Michael and I have a sense of calling,” Rebecca said. “For almost a year, we had these things called discernment walks. At 9:00 at night, rain or shine or snow, we would dedicate a special amount of time each day, asking the Lord, ‘Where do you want us? How can we be used?’ We feel a sense of confirmation that we are supposed to be at Taylor.” 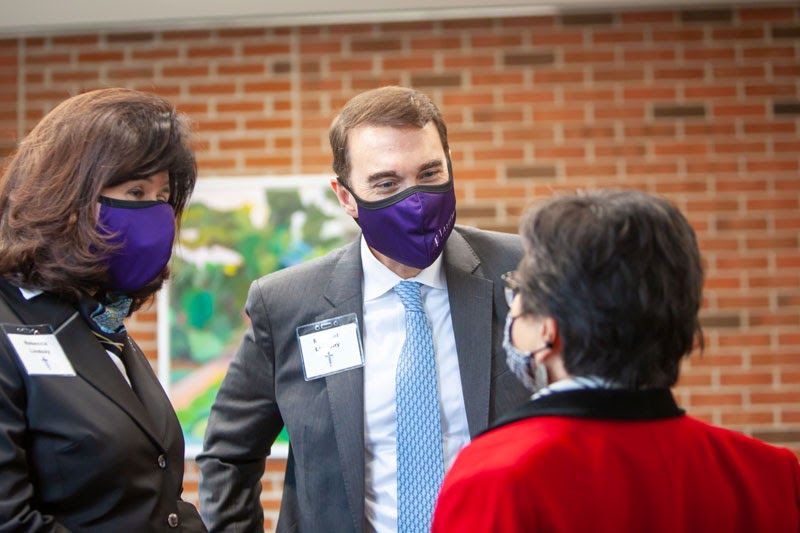 In addition to meeting with senior leadership and faculty, Lindsay spent a significant amount of time this week talking with students. He chatted with students over donuts after chapel, and had meaningful discussions with student leaders in the Office of Intercultural Programs, Residence Life, and Taylor Student Organization.

“Taylor has a strong reputation for being a student-focused campus,” Lindsay said. “The level of student engagement here is remarkable...you can be seriously academically focused and also make lifelong friends.” 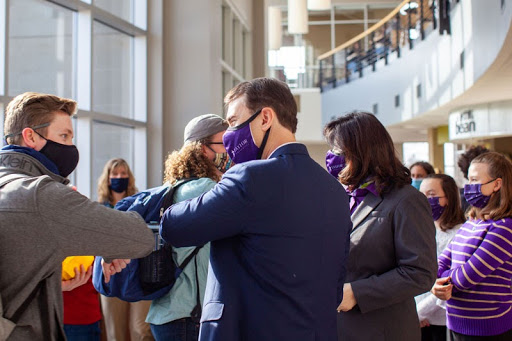 Lindsay and his entire family, which also includes daughter Elizabeth, look forward to making the move to Upland this summer. They’ll be joining the incoming class of 2025 as part of the Taylor community.

“We want to help Taylor to live into its embodied witness in a part of the country that really needs to see the grace and truth of Jesus,” Lindsay said. “For 175 years, the Lord has used this place for amazing things, and the chance for us to come and join you in this work is a tremendous blessing to us.” 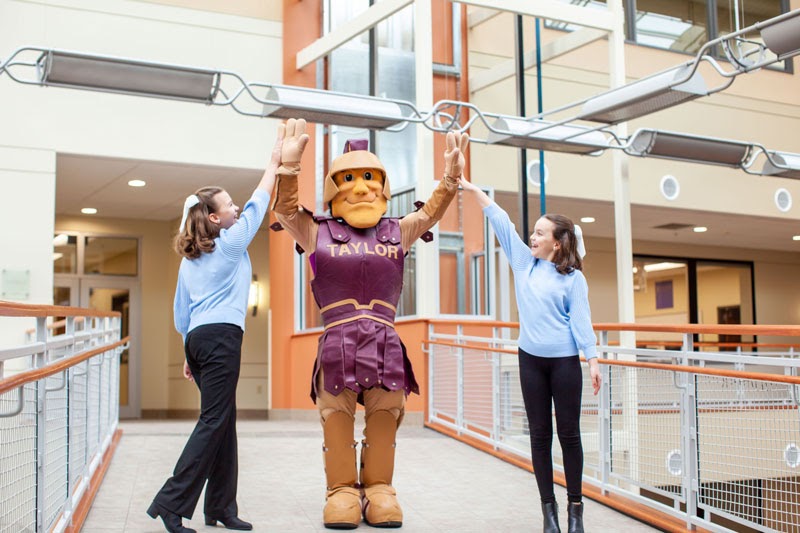