Taylor University's Extremely Low Earth Orbit Satellite (ELEOsat) contains a novel and innovative mechanical boom system to deploy sensors away from the spacecraft after launch. Sponsored by the Air Force Research Laboratory’s Space Vehicles Directorate through the Nanosat Program 8 (UNP8), our boom system is a pioneer in CubeSat technologies. In order to test the segmented boom system being designed for ELEOsat, we hope to conduct a microgravity test flight. A microgravity flight will provide critical information for designing and ultimately implementing the boom system on ELEOsat. The test will consist of several boom prototypes in various test configurations and will assist in verifying our calculated expectations.

Unlike current boom designs that deploy simple antennas, the spooled carbon fiber booms allow extension and separation of instruments up to 4 meters while taking up minimal space. On this satellite, the booms will be used to separate VLF sensors by a known distance to measure the electric potential between the probes while doubling as an aerodynamic stabilizer, much like the steadying effects that feathers have on an arrow in flight. This system allows for the retraction of the booms in order to take measurements at varying distances. A high torque space certified motor with encoder controls the boom extension and a state of the art piezoelectric motor works to lock the probes in place for pre-deployment. The drive behind designing a new type of boom system from the ground up was both due to the lack of existing suitable systems, and the educational experience of designing a machine from scratch.

The primary objective is risk reduction for other CubeSat missions, which affects Taylor University’s participation in UNP8 and ELaNA. By studying the boom system in a similar environment, it can be better characterized and optimally designed for best performance in future missions. Any risk reduction for ELEOsat that can be obtained through boom is extremely beneficial to our team and provides us greater opportunities to pursue further goals for both the boom systems and for other systems onboard ELEOsat.

In order to test the response of the unfurling boom system, the system itself must be initiated or released. The third objective is to test this release mechanism in microgravity conditions. This aspect is an integral part of the boom system and we must verify that it operates as expected and is controllable (i.e. only releases when instructed to do so, no accidental deployments).

The servo for the release mechanism will also serve to rotate the booms. This is the fourth objective, to test the rotation of the booms in a microgravity environment. This test will provide much anticipated confirmation of the ability of the servo to provide several functions for the craft.

The BOOM experiment will be in support of two different nanosatellite deployable boom designs.

Our first design was designed to fly on TSAT, a Taylor University satellite scheduled to launch in 2014 through the ELaNa program. The design has gone through several iterations of testing and redesign to optimize the performance of the boom deployment system. The current design consists of an open case with a flat boom wrapped around a spool. A space certified Faulhaber 0816 motor is used to both deploy and rotate the booms. This system is quite reliable and results in minimal oscillation, however, it takes up a significant amount of space within the craft. While the craft can be designed to accommodate the space required for this design, the space constraint limits creativity and flexibility for the rest of the satellite.

Image 1 (right) shows the SolidWorks model of the boom design as created for TSAT. A prototype version was also created and tested on a high-altitude balloon launch. The results for the boom came back positive even though the prototype itself was never recovered.

Image 2 (right) shows the adaptation of TSAT’s boom deployment system for ELEOsat. The basic design is the same, but a few modifications have been made to fit within the new and updated requirements.

Our second design was conceived with the thought of mitigating the volume required by the boom deployment system. This design consists of a series of segmented carbon fiber rods connected with torsion springs and a tensioning cable inside the hollow rods. The individual segments can be wrapped around the exterior of the craft for stowage during the launch phase of the satellite. During deployment, the segments will be released and the torsion springs and tensioning cables will unfurl and deploy the booms. One of the biggest design requirements is to limit the amount of oscillation occurring during the deployment phase. For this reason, significant testing will be done in order to develop the best possible boom deployment system. However, testing in earth’s environment will not provide sufficiently accurate data to characterize the dynamics of the deploying booms. The Reduced Gravity Education Flight Program provides us a rare and extremely beneficial opportunity to fully characterize this system in reduced gravity, helping us to prepare for the ultimate goal of utilizing the system to collect scientific data aboard ELEOsat.

Image 3 (right) shows a close-up of the spring mechanism between rod segments.

A similar deployable boom design, developed by H.M.Y.C. Mallikarachchi, uses a single carbon fiber rod with slits cut into the rod at the bends. These slits allow the rod to deform and bend around an object, like a nanosatellite, while retaining a spring-like characteristic to return to the original shape and orientation when allowed. This design has been thoroughly analyzed and tested. It is a convenient, but still expensive, way to reach our goal. The booms for this experiment are hollow to allow passage of wires for sensors at the end of the booms. The deformation in Dr. Mallikarachchi’s design would pinch our wires, potentially causing significant harm and an inability to reach the desired extension length. Our modified design is believed to be an improvement over Mallikarachchi’s design in that it allows wires to run throughout the system and deploy to an increased length.

In order to obtain more data during each trial, our plan is to deploy three models simultaneously. To achieve this goal, while still meeting the dimensional requirements, we will need to use half scale versions of each model. Scaling down our model will also enable us to more readily simulate longer boom lengths, which will be a beneficial step towards achieving future CubeSat objectives.

At the end of the flight, we will have two primary forms of data; we will have our own personal observations and notes as well as video from the mounted cameras. The personal notes will alert us to the extreme behaviors of each model, as well as provide basic backup analysis in the event of technical difficulty. The videos, however, will provide a more extensive view into the dynamic undertaking of each respective model. These videos will show the vertical translations of each boom, which can be compared to the reference marks that will be put on the cage to show us the intensity of each deployment method. Comparisons can also be made to the original calculations presented at the beginning of this section.

An accelerometer will also be planted inside each model. This will allow us to examine inertial responses of the craft itself which will help in the future analysis when the craft will be loaded with instruments. 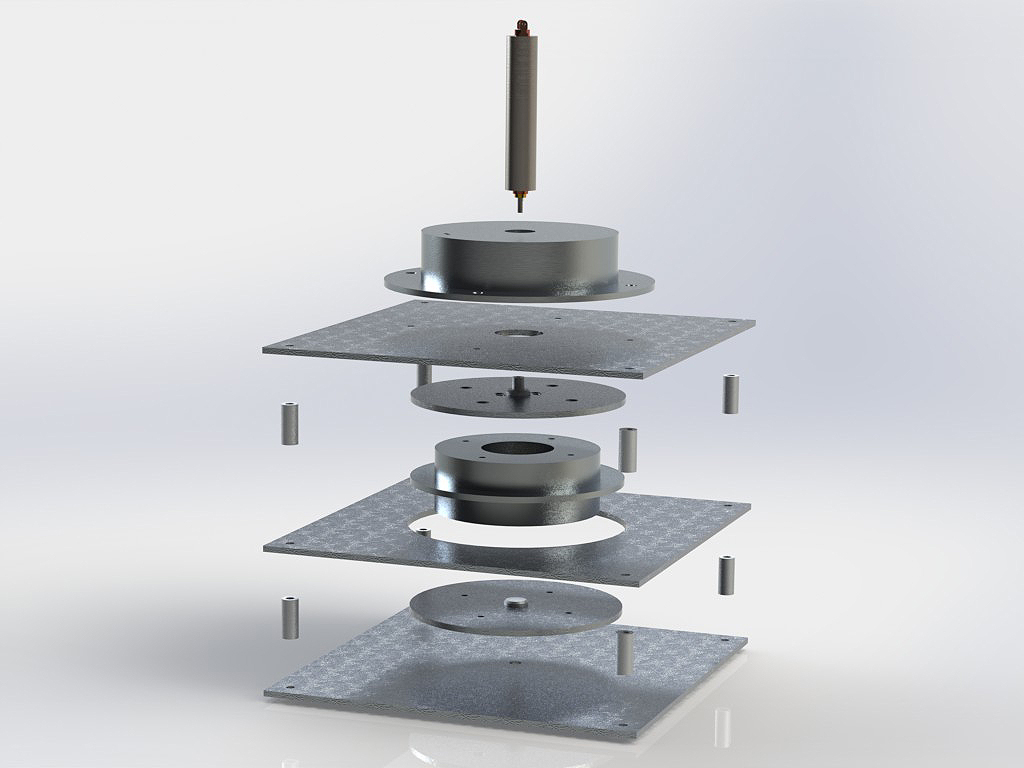 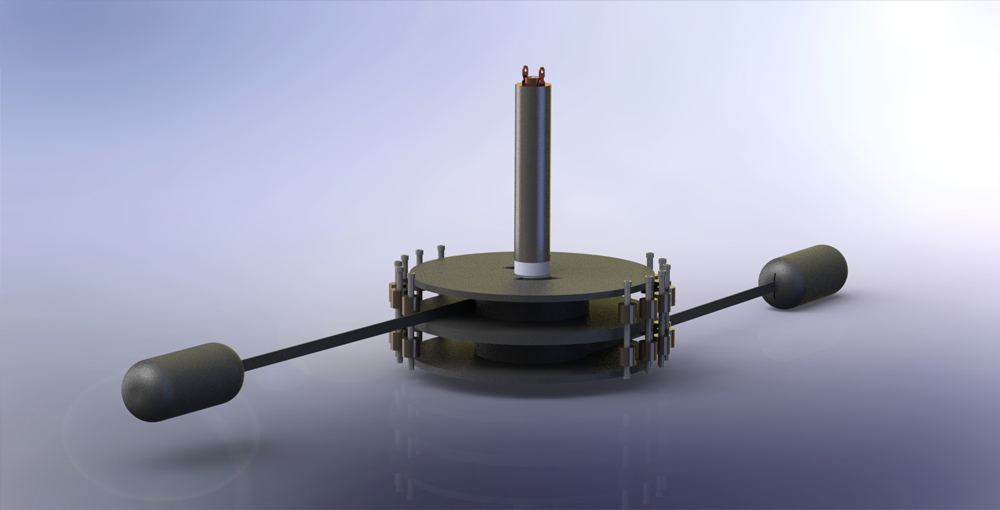 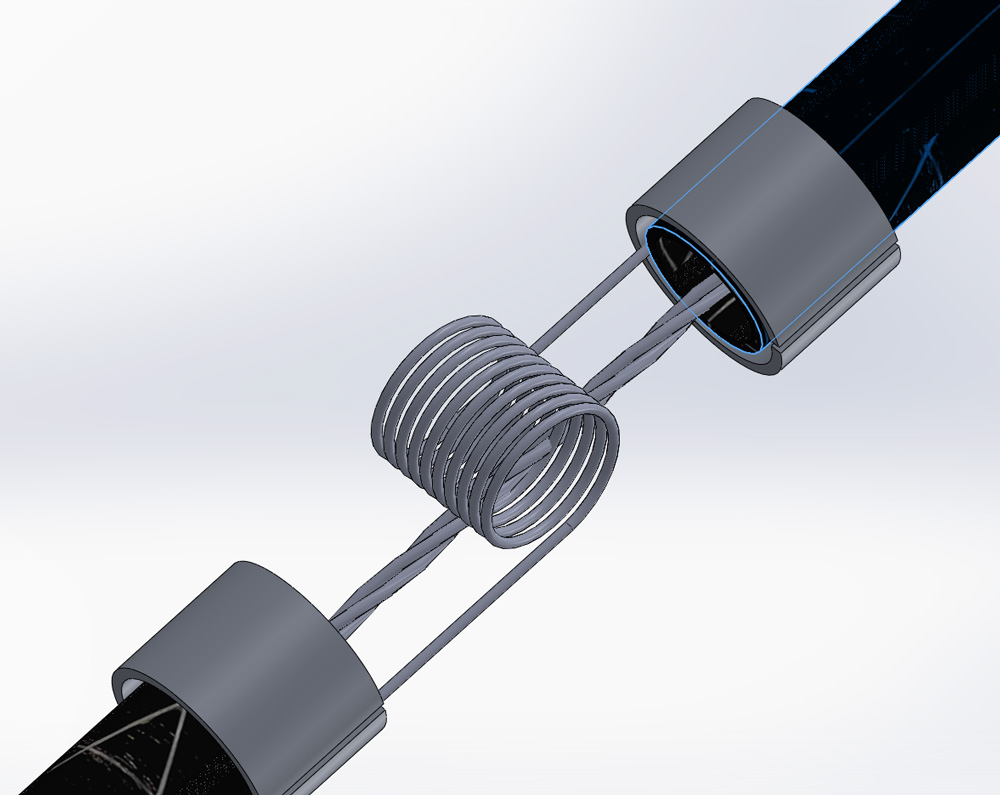 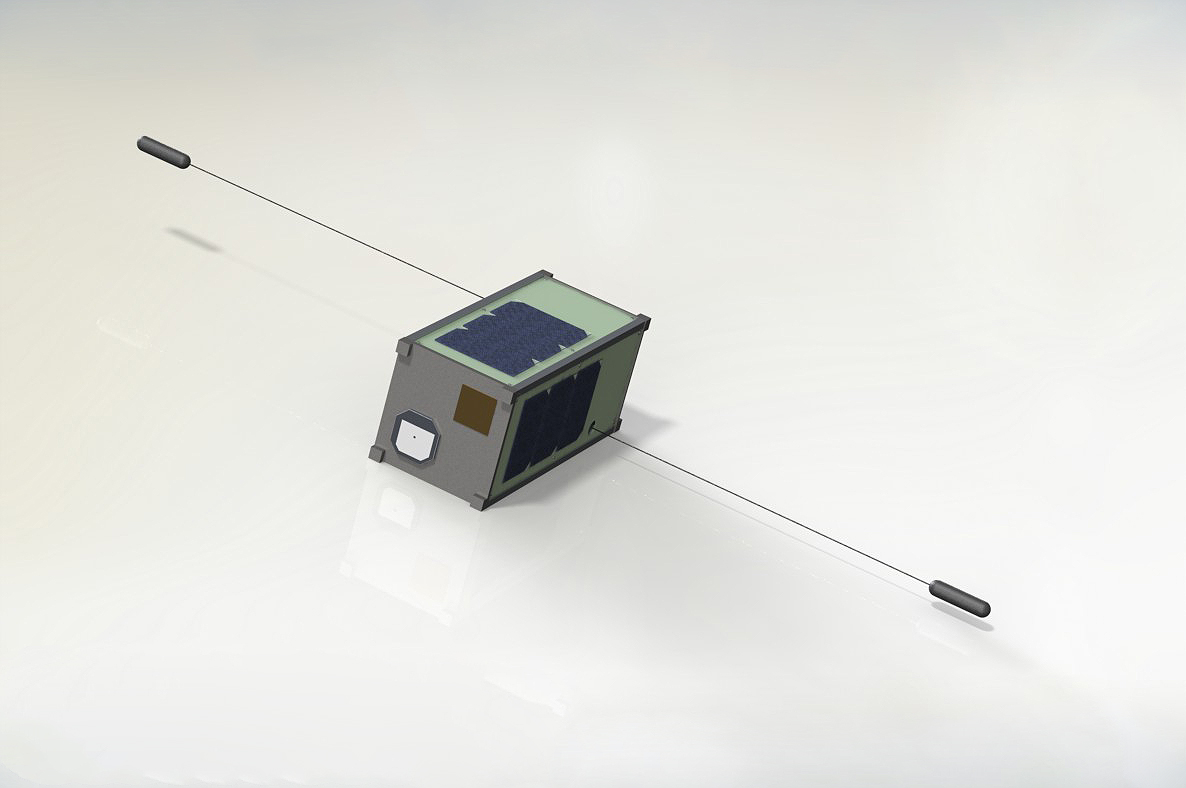